Information About Our Tours

Our motorcycle tours are carefully developed, and the routes are the best you will find. All guesthouses, restaurants, and ‘thing to see’ along the way is thoughtfully chosen. Our aim is to make our tours the most unique, exciting, and memorable in Southeast Asia. Road changes in Laos are continuous, so we monitor their conditions and the weather to ensure we keep our routes fresh and exciting, always looking for new trails and things to see along the way. (July 2022).

The last survey was a huge success, finding new trails, homestays, and some scary (in the best way!) river crossings. Skill levels for our tours lean toward experienced riders who can tackle the routes safely. However, we offer options for those who lack experience but are keen to try. Drop us a line if you’re looking for something in particular, as we are always happy to put together motorcycle tours for riders of all abilities. 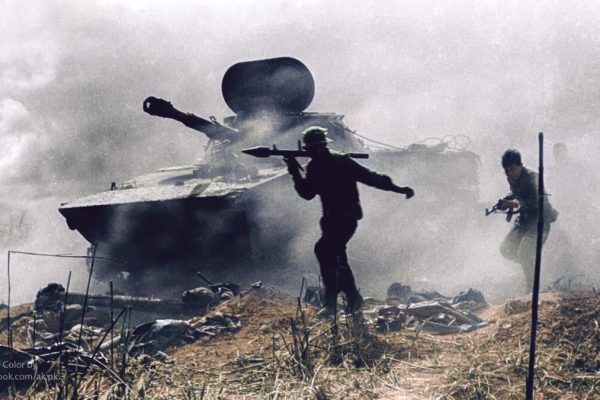 Starts in Luang Prabang. This tour takes you on a journey around a few of the key war sites in Northern Laos, Long Tieng to Xiangkhouang, to name a few. 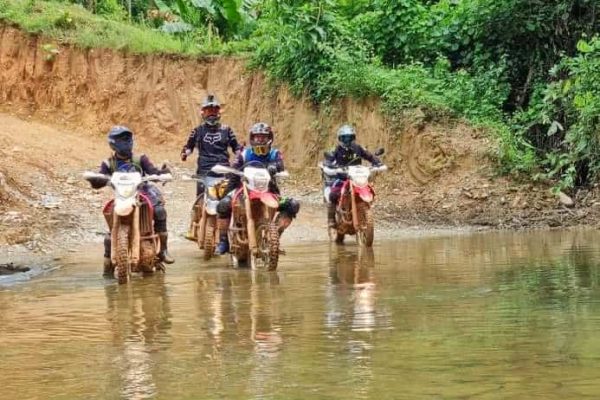 Starts in Luang Prabang. This tour is all about trail riding, as much as possible in some cool areas. 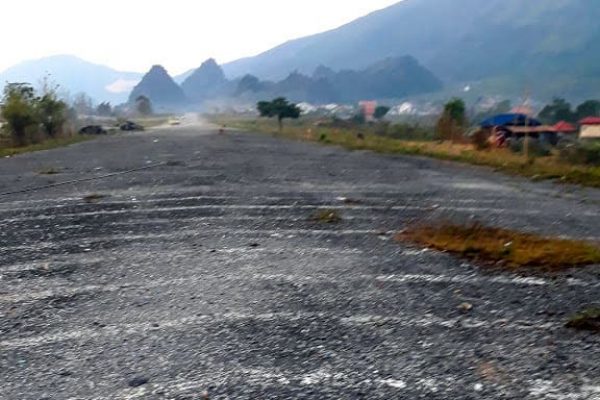 Starts in Luang Prabang. This tour takes you on a journey around a few of the key war sites in Northern Laos, along with a few more well know places. 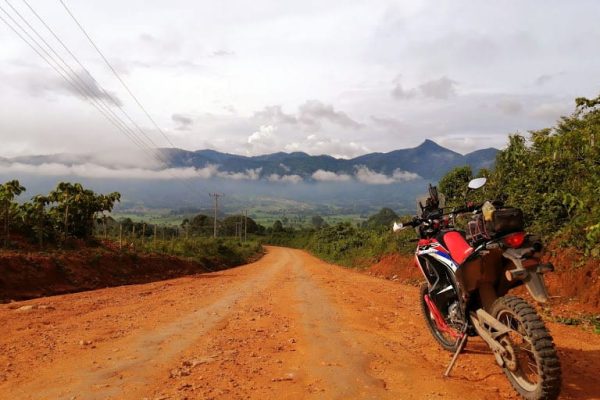 Starts in Luang Prabang. This tour is all about trail riding, as much dirt as possible in some cool places. 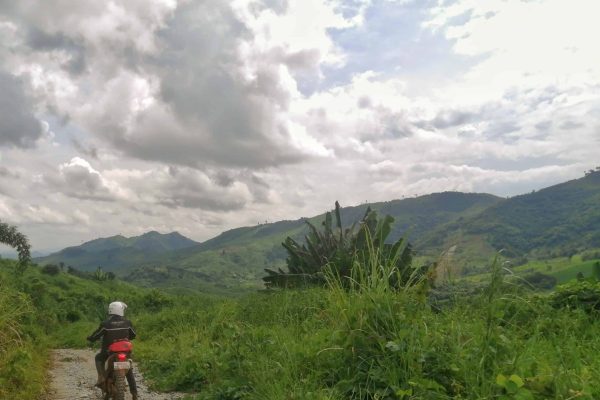 Starts in Luang Prabang. This tour is aimed at the trail riders, remote areas and great riding. Aimed at the more experienced riders. 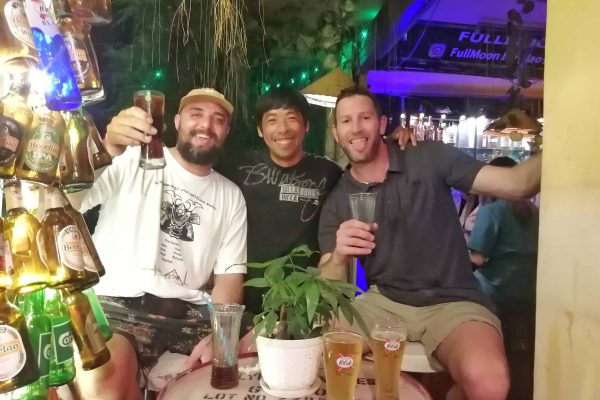 Starts in Luang Prabang. If your thinking about an short off road tour in Laos, this is a fun one, not to difficult with lot’s to see. 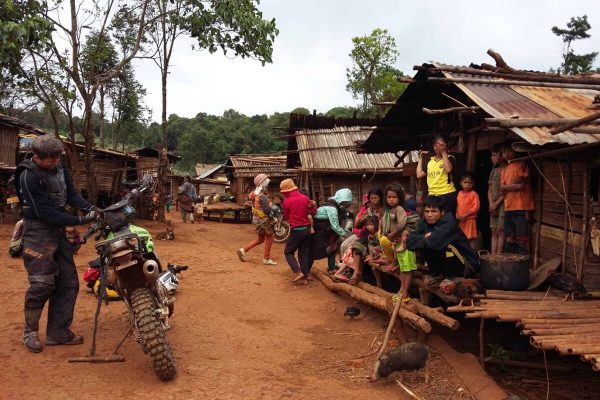 Starts in Vientiane, This trail tour covers all the keys trails and area’s such as NVA caves and Ban Laboy. 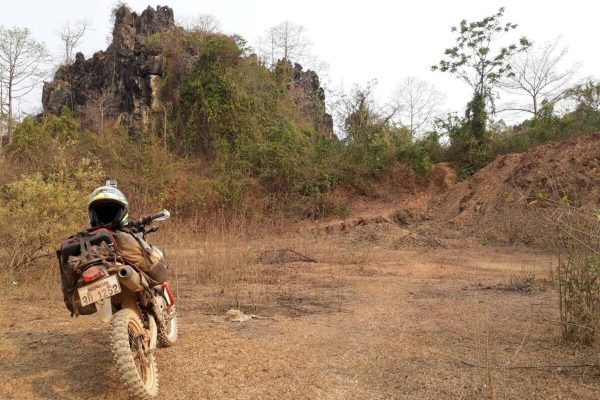 All Of Laos Tour 14 Day Adventure

Starts in Pakse. 14 days off road south to north, the ultimate off road experience in Laos. 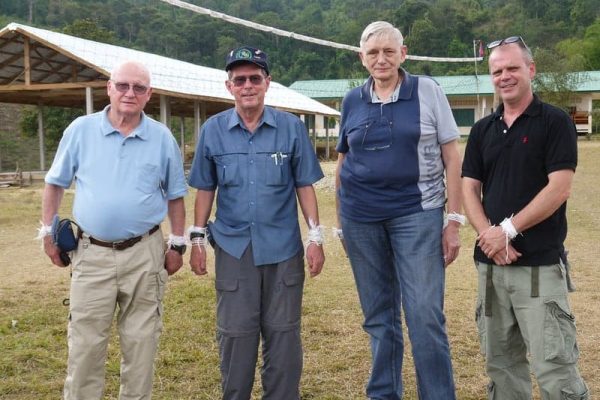 Tailored to Veterans returning to Laos. During the War, many service personnel spent time in Laos either on the ground, in the air, or both. 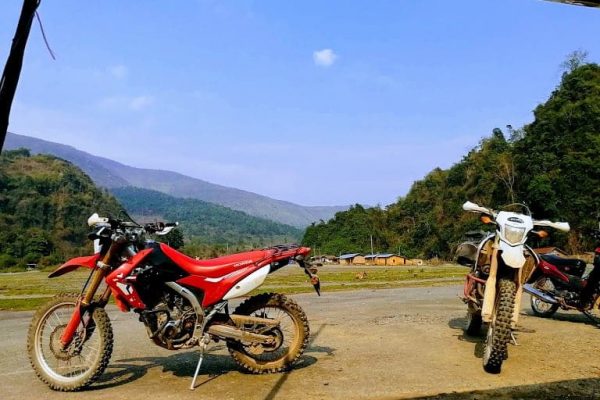 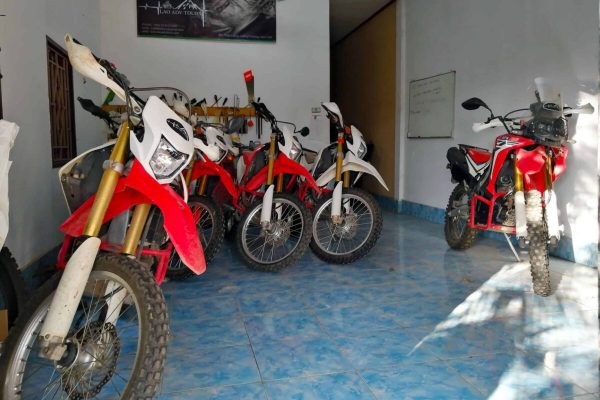 Big Bike Rentals,Click on the link for enquiry form. 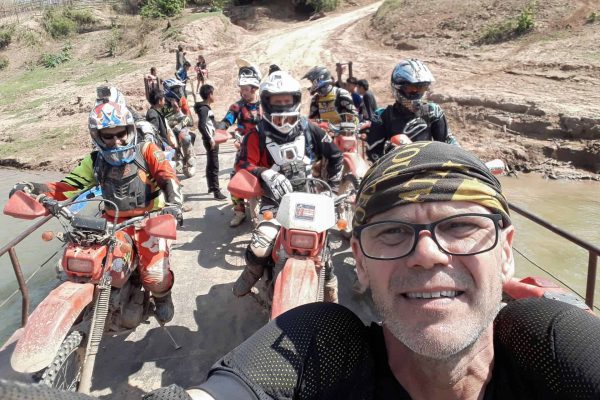 Solo riders who want to join in with other groups, or post your ride. please check our calendar for available tours!!!

Northern & Central Laos From the karst mountains formations of Khammouane & Vang Vieng to the Annamites along the southern border with Vietnam and the mountains that surround the valley of Luang Prabang, Laos certainly has some peaks and valleys to boast about! Central Laos is home to the 2 highest mountains in Laos, Phou Bia (2800 Meters) & Phou Samsoun (1319 meters). Phou Bia is hidden away in Anouvong. The area was formerly Xaysomboun. But the name was changed to Anouvong, in honor of an old king, a few years back. Phou Samsoun is close to Muang Mok near Phonsavan. This area provides some great trail riding along with some brand new roads under construction.

Further to the North are the mountain ranges of Phongsaly. Whether you seek on road or off road, trails high in the hills or tarmac roads lower down, the mountains offer some great riding. Smooth roads and rocky trails await you. Every turn opens a new view which leaves you in awe of this beautiful county. Add that to our local knowledge and it’s a recipe for a trip of a life time.

The Ho Chi Minh Trail in Southern Laos was an integral part of the Vietnam War. North Vietnam created this elaborate system of roadways over mountains, jungle paths, and trails to infiltrate its troops and supplies into South Vietnam, Cambodia, and Laos. It meandered through nearly 20,000 Km, and on average, a USAF plane dropped a bomb on it once every eight minutes, 24/7 for nine years. The Trail was primarily in Laos because the ground was flatter, more densely covered by forest and jungle, and with no enemy troops stationed in its vicinity. It was also the shortest way from Hanoi to Saigon.

Records show American planes attacked the Trail in Southern Laos some 600,000 times during the conflict. The Trail’s use began in 1959, but nearly 50 years have passed since the Trail ceased to be operational in 1975. Now ‘progress’, is slowly but steadily, further eroding it in different ways, but again, recent surveys show large parts of the trail are there to ride still. (Survey March 2020) Our motorcycle tours along the Ho Chi Minh Trail that have a little more of a historical bend to them can be found on our sister site.

All our Guides are handpicked for their ability to run a tour; they are at the forefront of our enterprise. A Guide meets you as you arrive in Laos to begin your exciting excursion. It is Lao law that you travel with a properly licensed Tour Guide. Consequently, all our Guides are properly licensed by the Laos Tourist board and carry their ID cards with them at all times.

Legalities aside, our Guides will make sure you have a great time. They will see to your every need, answer your every question, and keep your vehicle on the road. Not only are they very experienced, but they also have medical training. You’re in safe hands with us. Traveling without guides can be dangerous out in remote areas where languages change frequently. Local Knowledge is key here.

We are registered with the Laos Tourist Board, and our licenses are displayed in our office should you wish to see them. We take immense pride in our achievements to date and a huge satisfaction in being included in the Laos Tourist Board’s plans to promote motorcycling in Laos. All of our motorcycle and eBike adventures are registered with the tourism department, and taxes are paid.

The cost of your bike rental, third party insurance, Guide, permits, Lao Government charges, support truck, all related paperwork, and of course, our expertise. Plus…

Meals: *Breakfast, Lunch & Dinner are included. All our stops are in areas where food is available in local cafes and restaurants. There is often a wide choice of national cuisines to choose from.

Fuel; Fuel for your motorcycle or truck is included for the whole journey.

Accommodation; Rooms are included and based on 2 people sharing, *single room occupancy charges will be extra. Local guest houses & Hotels will be used. Homestays will also be offered where we can.

WHAT IS NOT INCLUDED

Riding Gear: Please supply your own for added safety & fitment.

Visa: Available on arrival, please check with your embassy for costings.