So far I’ve been lucky enough to meet quite a few interesting people. Some through email, some in person, but this particular story is a special one. I was contacted by my friend in Chiang Mia asking if I could assist a gentleman wanting to make a trip to Laos. “Yes, of course,” I replied and he introduced me to Mark Morgan.

Mark worked in the intelligence sector, specifically in Project Igloo White, which was basically sensors dropped from planes. They buried themselves in the ground and looked like small trees. The sensors relayed information back to overhead planes about movement down the Ho Chi Minh Trail.

Journey Down the Trail

I picked up Mark down in Pakse and we set off on our mission which would end in Thakhet. We discussed many things and Mark summarised some of what you’ll read about below. That finalized the list of “to-do items” that I compiled over the four days last October we were adventuring in Laos. Please enjoy reading the highlights of Mark’s Story as he told to me.

While traversing one of the dirt roads that once comprised the so-called Ho Chi Minh Trail, we came across a couple of raised wooden dwellings and you pointed out a metallic, ladder-like item (see Attachment 1a).

While I have no way of being certain, it’s possible that this item was constructed from a SUU-14 submunition dispenser (see Attachments 1b, 1c, and 1d) that inadvertently fell from an American aircraft. [Note: SUU is Suspension Unit, Universal.] It’s difficult to tell from the attachments, but the internal diameter of the six tubes is 2.75 inches (about 7 centimeters) and each tube is about 6.7 feet (about 2 meters) in length.

As I recall, the SUU-14 could only be used by low-speed aircraft (i.e., propeller-driven – the A-1s (mainly) and A-26s that were part of the 56th Special Operations Wing stationed at Nakhon Phanom (NKP) RTAFB). The SUU-14 was used to dispense CBUs (Cluster Bomb Units) that were designed for use against light material targets (e.g., trucks) and personnel.

The submunitions were pushed out of the rear of the dispenser by pistons in the front end of each tube.

The rationale for the replacement – a high percentage of BLU-3 duds (part of the UXO still being found) and the ability of the munition to get hung up in trees, thereby becoming a source of explosives to be used by the communists in booby traps.

I expanded the SUU-14 discussion to include the munitions because of there may be some of these particular CBUs/BLUs on display in the Lam Son 719 museum just to the east of Sepon (formerly Tchepone).

Coincidentally, outside the War Remnants Museum in Saigon (known to the communists as Ho Chi Minh City) there are a number of static displays including U.S.-marked F-5 and A-37 jet aircraft. Both aircraft have SUU-14 pods mounted on wing racks, but the pods have been mounted facing in the wrong direction – the open ends of the tubes are facing forward (see Attachments 1h, 1i, and 1j).

As pointed out above, the submunitions are pushed out of the rear of the dispenser. Beyond that, I’m not sure that these jet aircraft fly at a slow enough speed to even be equipped with the SUU-14.

Prior to January 1968, when the seismic (mainly) and acoustic sensor program went live, Road Watch Teams comprised one source of intelligence (aerial reconnaissance and photo-reconnaissance being two other sources) of activity on the Ho Chi Minh Trail in Laos. [Note: Project Igloo White, the sensor program, was based in the Infiltration Surveillance Center (ISC) at NKP RTAFB.]

The CIA, to my knowledge, sponsored two major programs in Laos: (a) Project Momentum – the Hmong guerrilla fighters in northern Laos (the CIA’s flagship project) that was supported by the CIA’s Air America and the USAF, and (b) Project Hardnose – the recruitment of Lao tribesmen into teams to watch the roads on the Trail. [Note: There were other lesser projects such as Pincushion and Hotfoot.]

Commencing in 1963, the road watch team project received assistance and training from the Thai PARU (Police Aerial Resupply Unit) and Royal Thai Special Forces (RTSF). There were at least two training facilities inside Laos – one on the southern part of the Trail not far from Houei Kong (to the east of Pakse), and another on the northern part of the Trail located to the northeast of Savannakhet (east of Thakhek).

This effort was largely replaced in 1968 by the sensor program. It would be interesting if you were able to locate some Lao tribesmen that participated in the project.

I was scrolling through the following link and almost at the bottom came across an illustration (see Attachment 4) with the caption “Bomb on Bomb.” We both know that this is not the case – the item at the top is a seismic sensor (in fact an ADSID – Air Delivered Seismic Intrusion Detector), the point of which has been inserted into where the fuse used to be on a 500-lb iron bomb.

Many thanks for the information, Mark!

More information on the types of tours we lead that can take you to see this kind of history that Mark shared with us can be found on our sister site, http://www.thehochiminhtrail.com or on check out our adventure tours page for fun with a little less history. 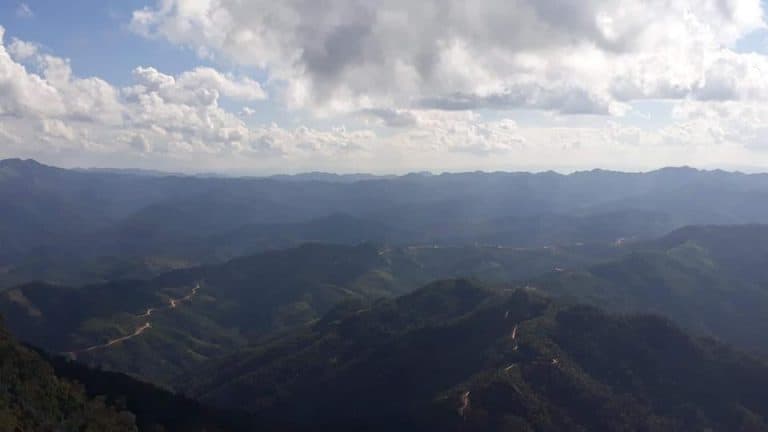 Phou Pha Thi was the home of the Tacan system perched high up on the mountain top, Lima site 85. The Americans thought they would be safe up there from ground attack, but alas, that wasn’t the case.  Pretty sad story really. We first tried to get up there about 3 years ago.   As… 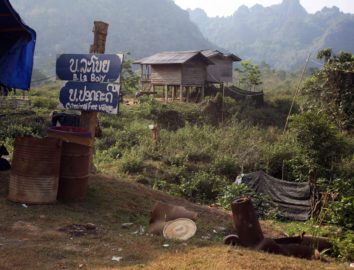 Ban Laboy Ford was a key crossing into Laos from Vietnam, it Joined a labyrinth of trails for the Vietnamese to disappear into… Choke points were basically intersections of roads, where they met or crossed, so they would become targets for the Bombers above, the thinking would be that it would cause blockages and disruption… 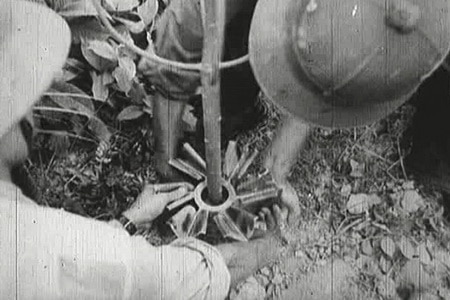 Marks letter of introduction With the approach of the 50th anniversary of my deployment in October 1968 to Task Force Alpha at Nakhon Phanom (NKP), I searched the Internet for tours of the Ho Chi Minh Trail in Laos in those areas that I monitored as a targeting analyst. I happened upon a tour operator… 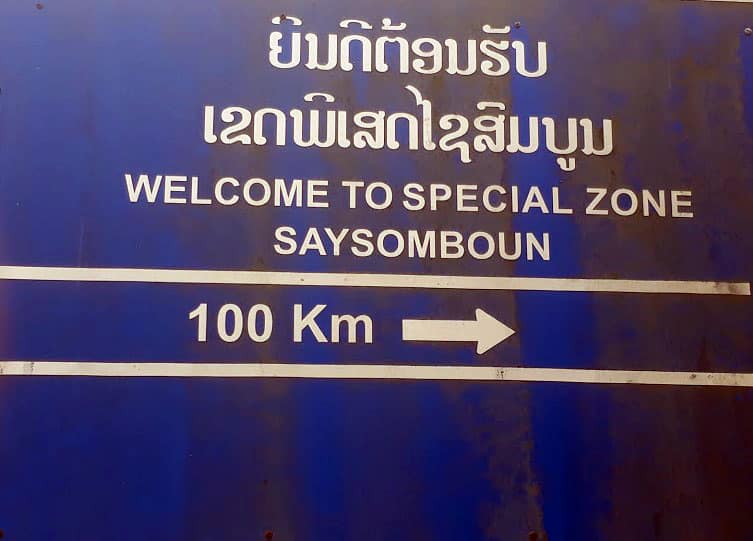 Looking for Vang Pao’s second home on the lost trails of Xaysomboun Province After being in lockdown here in Laos during March and April, we were finally released with provincial borders reopened early in June, 2020. That was great for me as I was eager to go for a ride and check out leads on… 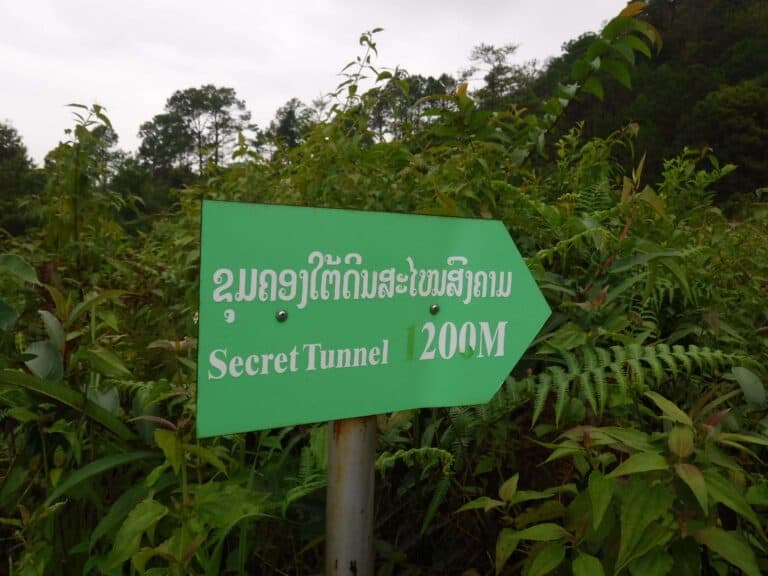 Plain Of Jars Site 1-N19.43011° E103.15362° The Plain of Jars, a UNESCO World Heritage Site, is a group of fields containing more than 90 sites of stone jars, cut from rock thousands of years ago.  It is one of the most important prehistoric sites in SouthEast Asia. During archaeological research in the 1930’s, glass beads, burnt… 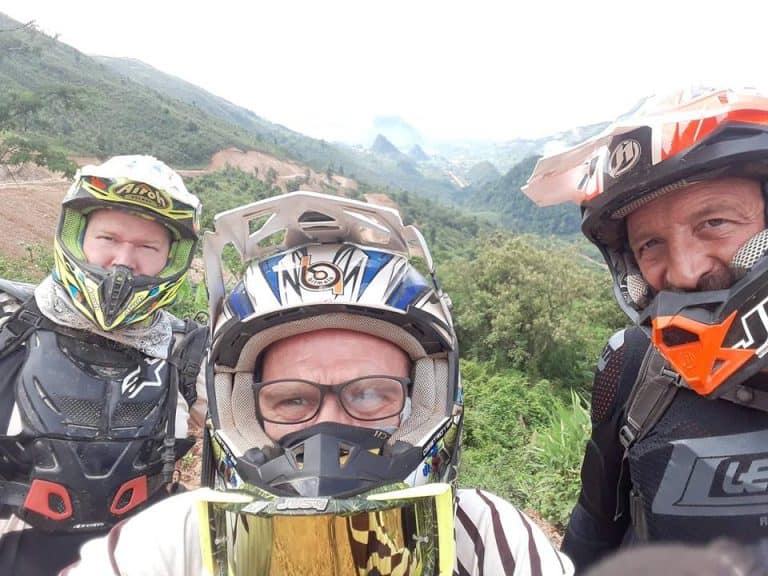 I can remember riding home from Italy on my Ducati thinking, it would be great to have a tour company.  Dreaming as the miles slipped away, I, of course, thought I could do it. Fast forward in time some twelve years.  I am now living in Laos, and have been running a tour company for the…

Made by Marketing Laos